What are stem cells

Stem cells are cells needed for building a living creature. Life began with an ovum and a sperm cell. A conceived cell is formed. By multiplication, this cell is able to build a complete human being. Out of these rudimentary cells rises a blastocyst which contains the embryonic stem cells. They are still quite unspecialized and have the ability to divide endlessly and to develop into all of the 220 human cell types.

These embryonic cells are described as totipotent (meaning "potent for everything") and are able to differentiate in every type of cell. The embryonic stem cell is the most powerful stem cell of all the stem cells. The embryonic stem cells will change into a specific type of cell and by doing so, they lose their all-rounders abilities. Mature, differentiated cells are formed taking over a specific function in our body, for example neurocytes, which conduct electric impulses; muscle cells which contract and the ß-cells of the pancreas which produce insulin.

However, skin renews itself throughout adulthood, injuries heal and hair grows. Right to the end of our lives we have cells which are quite unspecialized, can divide often and help the organism to regenerate and repair itself. These cells are called autologous adult stem cells (meaning stem cells of your own body) and are produced in the bone marrow, the liver and in several other organs. These cells are pluripotent (meaning "potent to form certain types of cells") and are responsible for tissue repair. If the adult stem cells of a person are used to treat another person, these stem cells are called allogeneic or heterogenic stem cells. Genetically, these allogeneic stem cells have to be examined if they match with the receiver. If not, these cells are rejected by the body and destroyed. Provoking cell rejection is known as immunogenic.

Finally, autologous stem cells are crucial in the day-to-day processes of living. Without these cells, a human will die. For example, our red blood cells are replaced by stem cells every 3 months because they are worn out and not able to transport enough oxygen anymore.

To start the repair, stem cells are able to move actively towards a lesion or an injury in the body (this is called homing). Often stem cells cannot pass an occluded blood vessel or the lesion is so big that the number of available cells is too low to make a difference. This is often the case by an accident, a stroke or a severe neurodegenerative disease. Another problem forms the fact that stem cells do age and lose their regenerative potency. The stem cells of children are more powerful than the stem cells of a 75 years old person. Finally, if a person has a genetic disorder, the stem cells have the same genetic foot print and also all the cells derived from these stem cells. This is not to say that you cannot treat genetic diseases with autologous stem cells. Regarding a lot of diseases, autologous stem cells can buy time and replace damaged cells or refill the cell reserves. As a consequence, the effect will be presumably temporary.

The use of autologous adult stem cells

The treatment with stem cells is not new. For more than 40 years now, stem cells are used to treat certain forms of cancer, especially leukemia. The use of autologous adult stem cells is ethical and legally accepted. In Europe, extracted stem cells are seen as advanced medicinal products and companies which process stem cells for treatment, have to fulfill all kinds of special regulatory requirements, like obtaining a manufacturing license from the National or European Regulatory Agencies.

The stem cells are separated, using a High Tech centrifuge and the treatment will be performed in the legal context of "Point-Of-Care". This means that the stem cells will not leave the operating theater nor will they be manipulated or frozen before application. Collection, processing and administration back to the patients are performed in one procedure and under highly sterile operating room conditions.

A closed system guarantees maximum quality and safety for the patient. The use of autologous stem cells is not limited to animal studies anymore. Worldwide, a lot of experiences are gathered, using autologous stem cells and treating all kinds of acute and chronic diseases, especially at university hospitals.

The way stem cells act in the healing process is still unclear. For a long time, it was assumed that stem cells simply replace the damaged cells by new ones.

This may be the case to some extent, but recent research has found indices for the fact that stem cells more often promote healing by influencing the environment in the affected parts of the body. This is done by secreting all kinds of substances (trophic factors, growth factors, inflammation inhibitors etc.) which prevent further damage/dying of cells and which stimulate local stem cells to differentiate to replace the damaged cells.

Depending of the stadia of a disease, stem cells can act in another way. For example in an acute spinal cord injury, applied stem cells inhibit inflammation and try to prevent cell death. In the more chronic phase, the same stem cells will generate trophic factors promoting neural growth and establishing connections again.

The quality of stem cells is of great importance for the treatment. Aging itself influences the quality of the stem cells and this is important in strategies to treat diseases, which occur particularly at older ages. For example, children have a higher number of stem cells per ml bone marrow than a person of 75 years old.

Furthermore, the potency of the stem cells to differentiate (plasticity) also seems to be higher in children compared to the stem cells of an old age person. Chronic diseases may also influence the quality of stem cells. 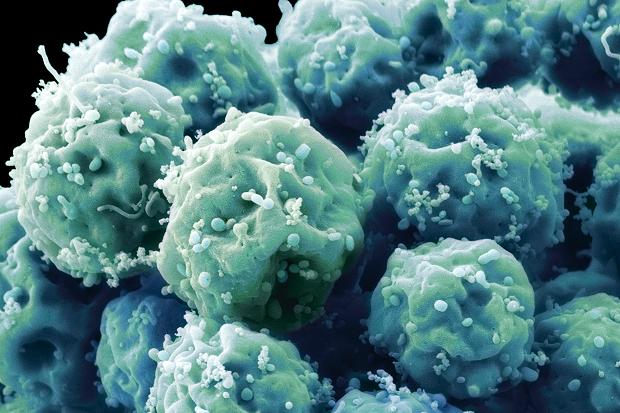